In 1752, Benjamin Franklin organized the first cooperative in the United States. This first co-op insured a group of Philadelphians against the loss of their homes by fire. They formed the Philadelphia Contributorship for the Insurance of Homes from Loss of Fire. This mutual society continues today, the oldest cooperative-style service in this country.

Since then, cooperatives have been organized to provide practically every product and/or service imaginable – electricity, telephone service, food, healthcare, daycare, credit, farm marketing, insurance and even legal services.

A cooperative is a business that belongs to, and is controlled by, the people who use its services. It can be defined as a democratic association of persons organized to provide themselves a service under a plan that eliminates entrepreneur profit. A cooperative is voluntarily owned and controlled by its members and operated for them and by them on a not-for-profit or cost basis. 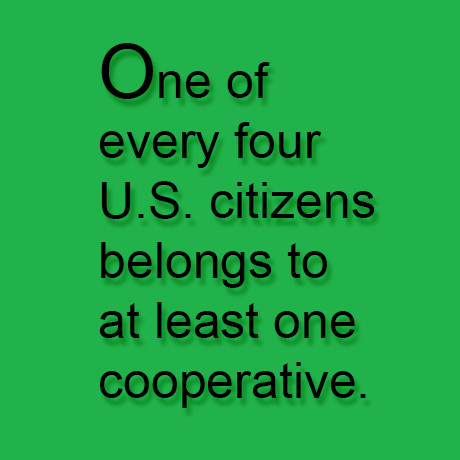 The early intent was to establish a loan program to provide incentive for power companies to extend service to rural areas.

At the time only about 10 percent of the country’s farms had electric service. It soon became evident that existing power companies were not going to use the federal loan program to remedy the lack of rural electrification. There were so few residents per mile of line – power companies said it was not feasible to serve rural areas. The existing companies made it clear that they expected the farmers to bear the cost of constructing electric lines and then deed it back to the power supplier. Keep in mind that this was a time when many didn’t have the money for the necessities of life, let alone money for something that could be classified as a luxury.

This was just not acceptable to the hundreds of thousands of rural Americans that needed and wanted electricity. As friends and neighbors banded together, cooperatively, they literally lit up the countryside! 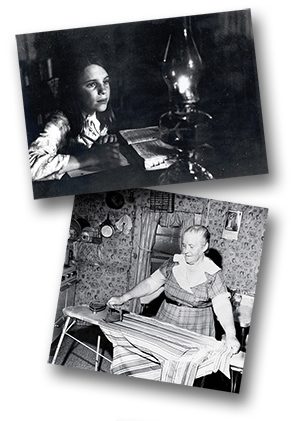 On April 20, 1938, a group of 450 area farmers attended an organizational meeting at the Farm Bureau office in Quincy. All of these people had one hope in common that night; they wanted electricity for their homes and farms. During that momentous evening a group of people were elected to the board of directors of what was to become Adams Electric Cooperative. The Co-op established headquarters in the southeast corner of the Adams County Farm Bureau office, and on May 11, 1938 it was incorporated under the Not-For-Profit Corporate Laws of the State of Illinois.

Each director was responsible for signing up members and attaining easements in their area. These dedicated, optimistic people had to be troubleshooters – convincing fellow neighbors that electricity and the cooperative would really work. The biggest selling factors for the directors were lights and convenience. Electricity would change the way people lived and worked for the rest of their lives.

In the beginning Adams Electric Cooperative served a little over 700 Members with 384 miles of line. (Pictured is John Sargent and Roy Sharrow, early directors. Roy Sharrow was the first president of the Board of Directors.) Today, over 75 years later, Adams Electric Cooperative is over 7,400 Members strong (8,900 services) and has over 2,259 miles of line in Adams, Brown and Schuyler counties, as well as parts of Pike, Hancock, McDonough and Fulton counties in Illinois. Boundary lines have been established and Adams Electric only serves within its territory. Thirty-seven dedicated, well-trained employees operate the Cooperative.

Adams Electric is one of about 1,000 rural electric cooperatives in the United States. The ultimate control of the organization is through a board of directors elected by the Members of the Cooperative.

Adams Electric Cooperative’s mission is to strive to exceed our members’ expectations by providing safe, reliable and affordable electric service in a cooperative and environmentally responsible manner.

Adams Electric Cooperative’s vision is to be the area’s preferred electricity provider by utilizing the latest resources and technology to provide exceptional and affordable service to our members.

Adams Electric Cooperative values an environment where employees and directors share responsibility for the success of the Cooperative, we have high expectations for each other, employees provide excellent member service, and decisions are driven for the benefit of the membership. 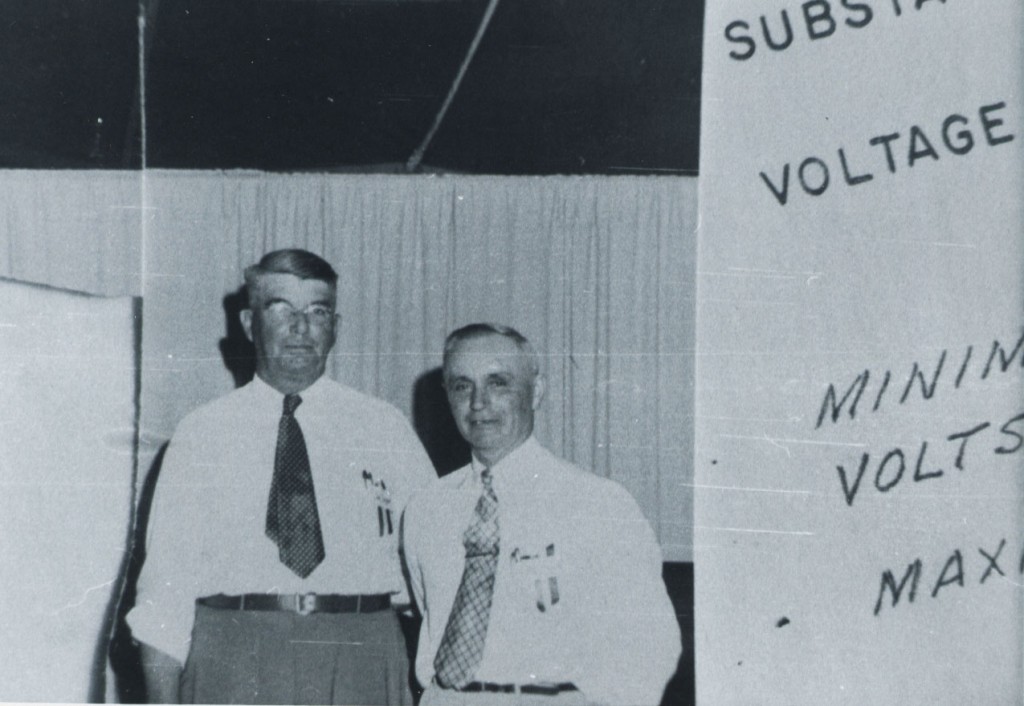 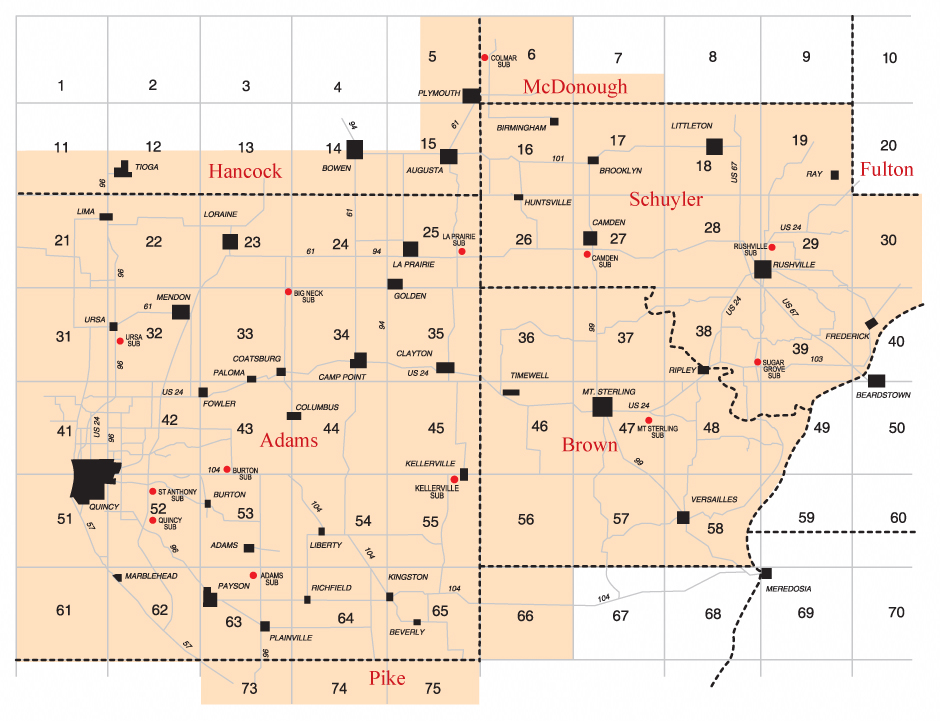 Electric Cooperatives differ from other electric utilities. The Cooperative operates on a not-for-profit basis. Each year, operating margins are allocated to a member’s account based on the revenue (patronage they paid). A separate account is set up for each Member and the amount of margins earned each year is carefully recorded. Excess margins (over cost) are needed to help pay for plant additions and replacements each year (poles, lines, transformers, etc.) Otherwise, the Cooperative would have to borrow 100%. With no equity, banks would not lend to us. The Cooperative invests this money until the financial condition and the amount of equity (ownership) of our system is sufficient for it to be repaid. Profits are then returned to members rather than outside investors or stockholders. The Board of Directors approves when profits are returned to the member. In 2021, Adams Electric returned $480,000 to members. All capital credits through 1995 and parts of 2006 and 2013 have been returned. 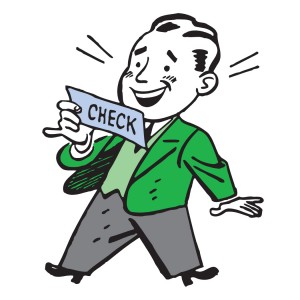 Do you know any of these members?