Despite disruptive storms in the area, all necessary business was conducted during Adams Electric Cooperative’s 79th annual meeting of members held Wednesday, Sept. 5 at Bailey Park.  Members still braved the weather with approximately 1,000 meals being served.

The event included many activities for kids, more than 30 local vendors, organizational booths and a porkchop dinner. Musical entertainment was provided by Tim Hart of Hannibal, Mo.

President Lyle Waner, who is serving his final term on the board, provided the welcome for the meeting. Due to the weather condition and concern for the safety of the participants, the agenda was shortened to only conduct the necessary items.

Cooperative attorney Charlie Burton encouraged meeting attendees to run for a slot on the cooperative’s board of directors. Being a board director provides an opportunity for a member to actively participate in the cooperative’s decisions and policies. Business at the meeting included re-electing three unopposed directors to the board. They are Jim Benz of Quincy, Roger Busen of Timewell, and Becky Barlow of Clayton.

The Cooperative places strong emphasis on programs that benefit the community. One of the most popular is Penny Power. Through this program, co-op members have the option of rounding their monthly electric bill to the next highest dollar, and proceeds are put into a fund. Each year a committee determines which not-for-profit community organizations will receive funding, and the amount. During the annual meeting, Manager of Marketing/Member Services Bill Stalder presented a $400 Penny Power check to Executive Director Reagan Costigan of the Quincy Community Theater for its Student Outreach Program. A total of $451,109.98 has been distributed since the program’s inception.

Each year Adams Electric sponsors students to participate in the Youth to Washington trip. Manager of Communications Laura Bergman presented plaques to Lexa Borrowman and Kade Zanger, this year’s participants.

To conclude the meeting, Manager Thompson thanked members for their attendance and drew for prizes for the participating members.

Adams Electric Cooperative is a member of Touchstone Energy — an alliance of 750 local, consumer-owned electric utilities around the country. Adams Electric Cooperative is committed to providing superior service based on four core principles: integrity, accountability, innovation and commitment to community. The co-op serves more than 8,784 meters over 2,242 miles of line in parts of Adams, Brown, Hancock, McDonough, Pike and Schuyler counties. For more information visit adamselectric.coop. 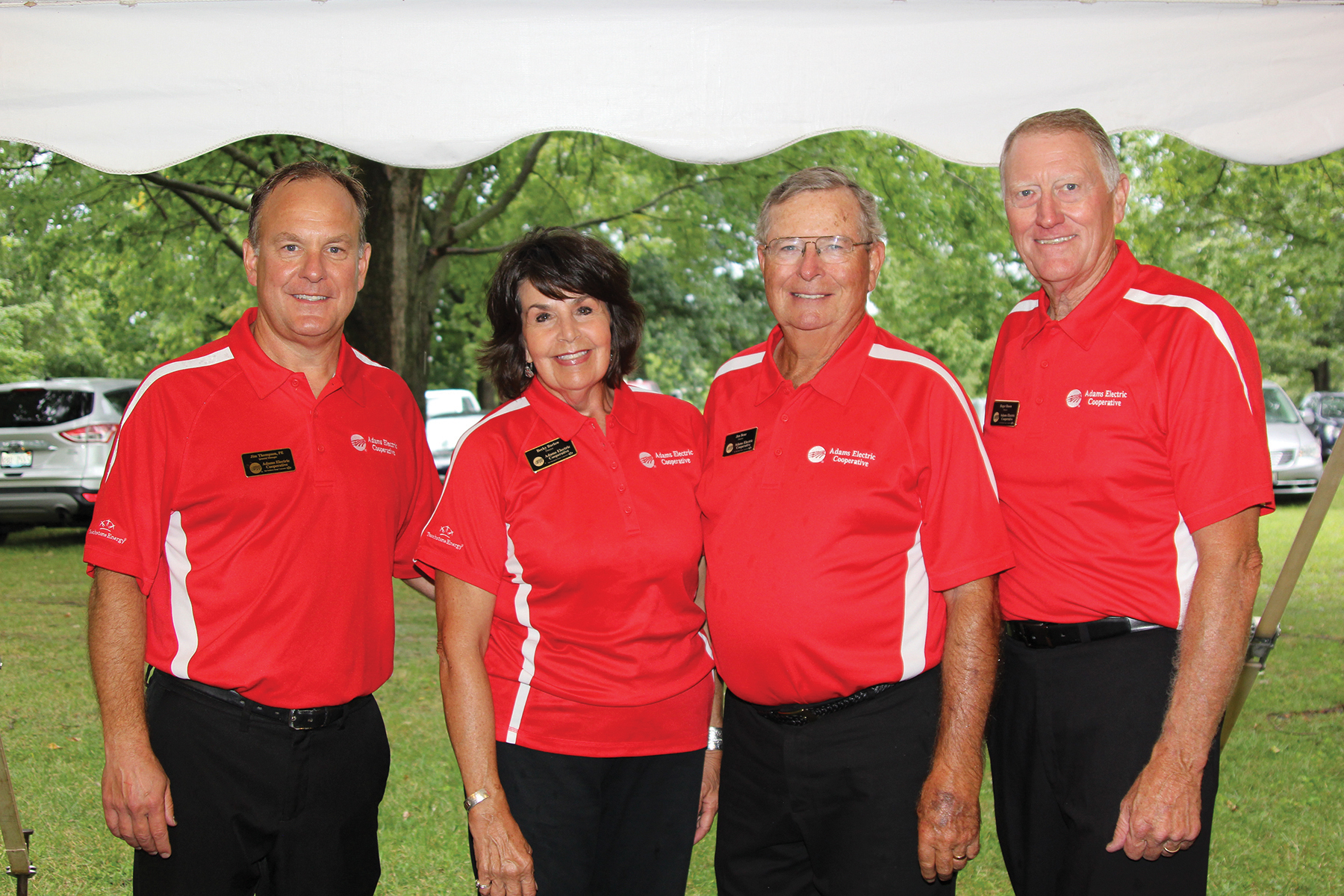 Adams Electric General Manager Jim Thompson is joined by Directors Becky Barlow, Jim Benz, and Roger Busen who were re-elected to the Cooperative’s board of directors.