Electricity is the flow of electrical power. It is a secondary energy source since we get it from the conversion of other energy sources, like coal, natural gas, oil, nuclear power and other natural sources, which are called primary sources.

Benjamin Franklin helped establish the principles of electricity with his experiment with a kite.

Thomas Edison perfected the invention of the light bulb making it practical for everyday use.

Despite its great importance, we tend to take electricity for granted. Years ago, houses were lit with kerosene lamps, food was cooled in iceboxes, and rooms were warmed by wood-burning or coal-burning stoves. Today, we use electricity to do many jobs for us, from lighting and heating our homes to powering televisions, stereos and computers.

There are two kinds of electric current: direct and alternating. Direct current (DC flows in the same direction all the time.  It is the type of current that is produced by the automobile generator and by batteries. Alternating current (AC flows alternately in one direction and then in the opposite direction.

Ampere – A quantity measure for electric current, like gallons per minute in a water system.   It is also used in stating the size of fuses and switches and as a measure of the flow of current used by motors or appliances.

Volt – A measure of electric pressure, like pounds per square inch in a water system. A dry cell gives about 1 1/2 volts compared to an automobile storage battery of 12 volts.   In power lines to the house, the pressure is usually 120 and 240 volts.  Large appliances, motors, air conditioners and electric heat uses 240 volts.

Watt – A small unit of electric power used in measuring the rate of taking it from the line.   A one horsepower motor uses about 1,000 watts.   Roughly 100 watts used for one hour, can do the work of one person working one hour.

Kilowatt – 1,000 watts; a measure of electric power. A hand iron uses from .6 to 1 kilowatt and a one horsepower motor uses about one kilowatt.

Kilowatt-hour – The measure of work done as recorded on a watt-hour meter. One kilowatt-hour equals one kilowatt used for one hour. Usually abbreviated kWh.

Check out these COOL links just for kids! 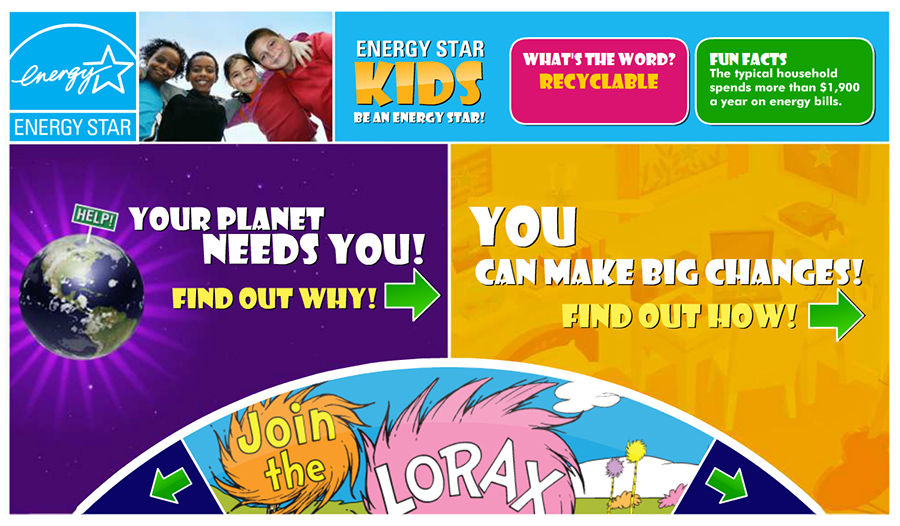 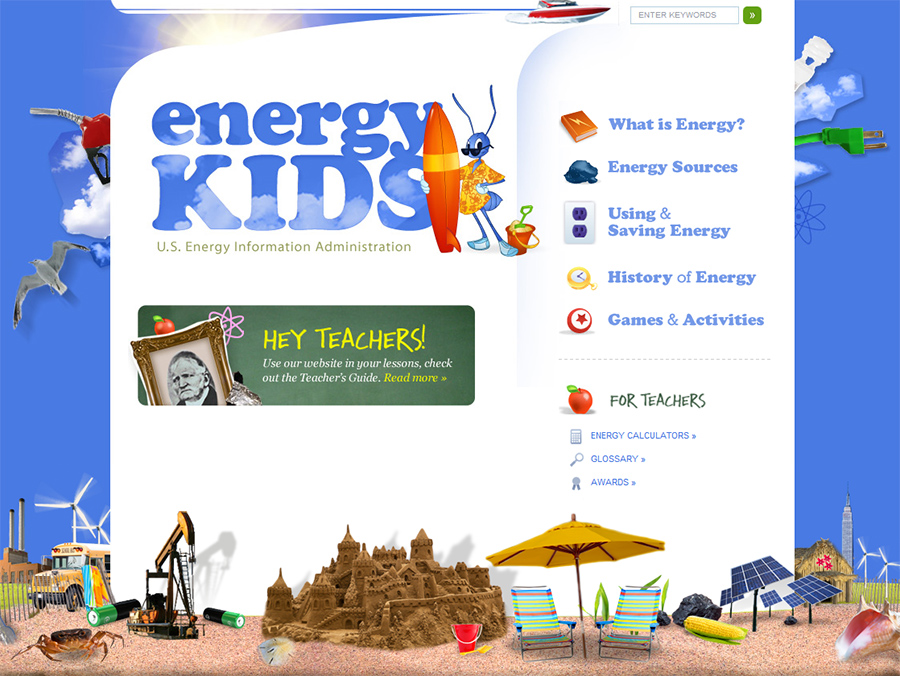 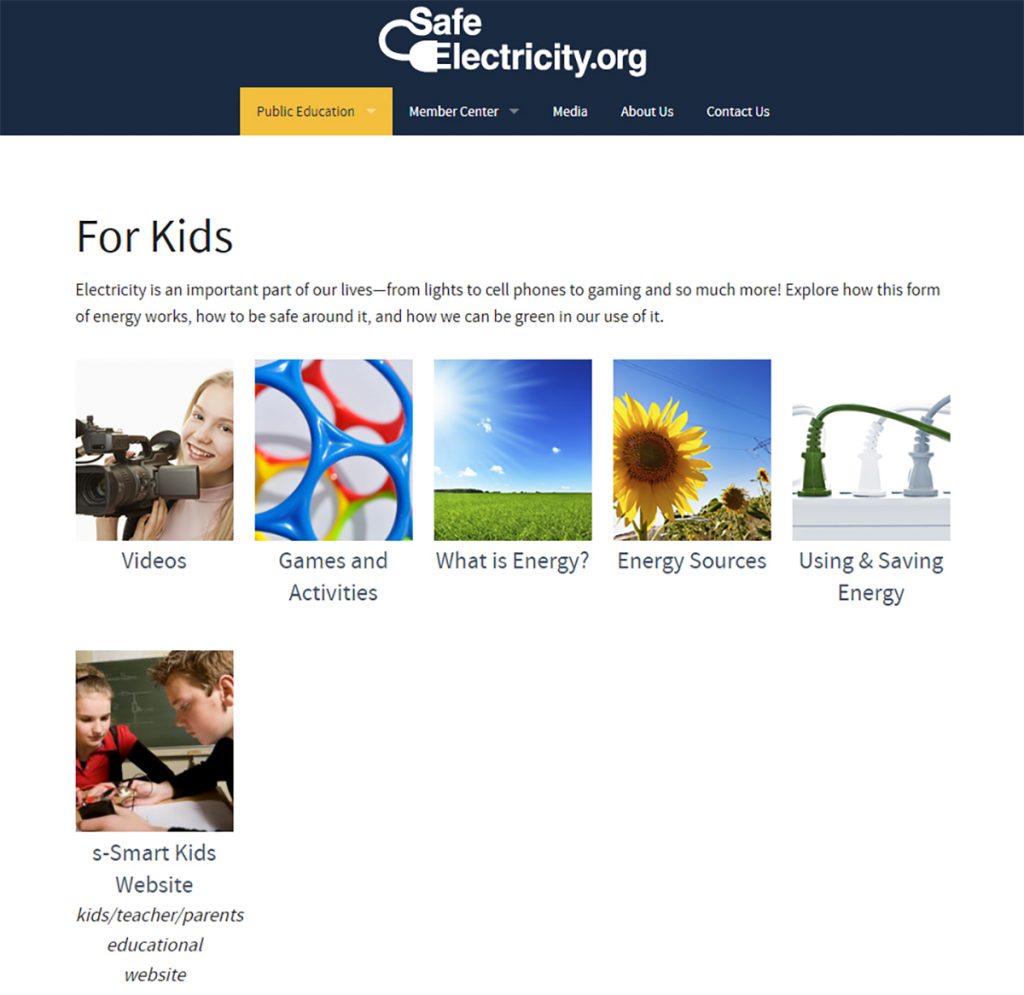 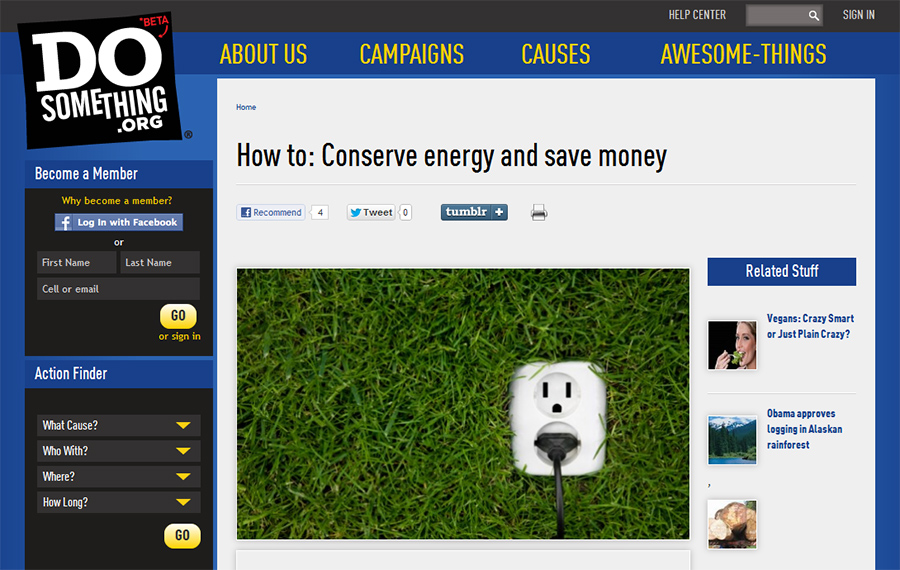